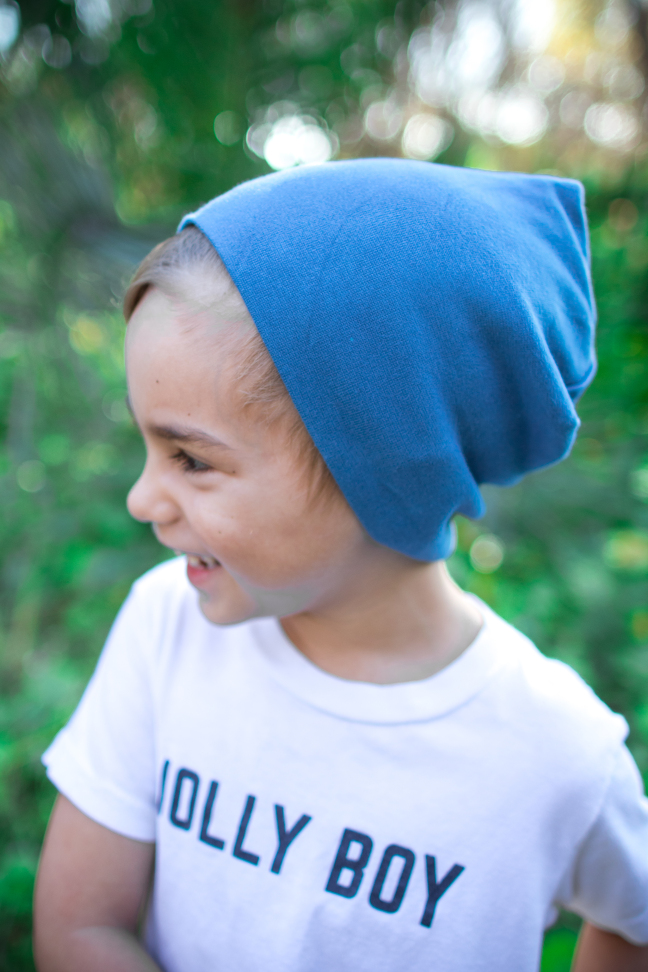 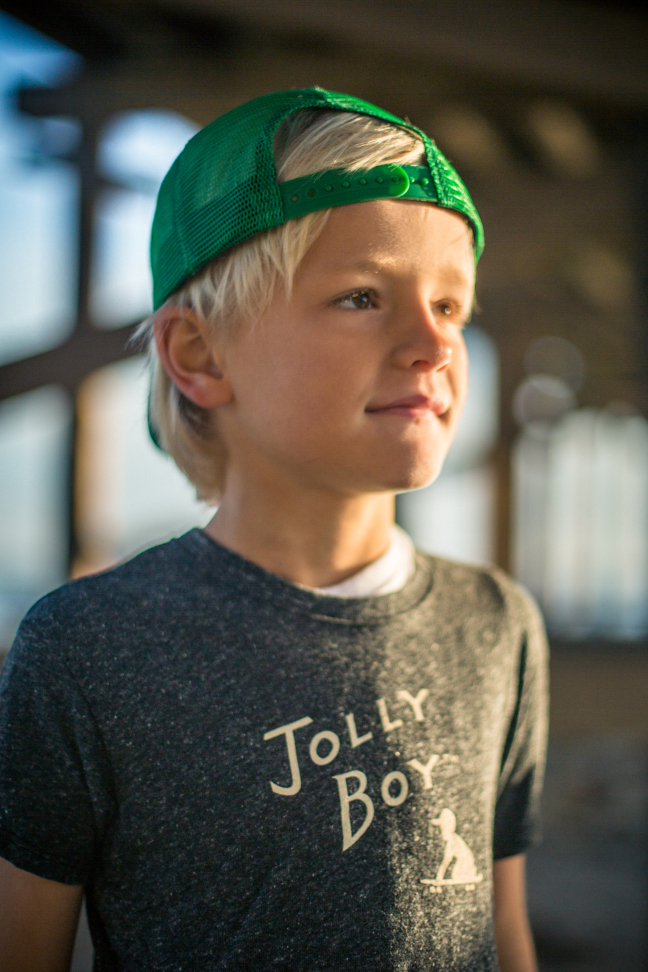 The energy of Jolly Boy radiates through the jovial, good-hearted, and eager nature of the couple that started it. Inspired by the charming story of her husband’s child hood nickname “Jolly Boy”, Kami Marshall began designing the clothing line in 2011 and the couple launched the company in 2017. In these early stages, Oniracom was lucky enough to work with the passionate couple in creating a logo for the company.

“I love the logo!” Mrs. Marshall told Dave Mason of Santa Barbara News-Press. The logo was inspired by the couple’s 7-year-old Otis, whose enthusiasm definitely categorizes him as a jolly boy. The logo features Otis on his knees on a skateboard wearing a hat. This emblem embodies the family’s strong affinity for nature, adventure, and exploration which also serves as the bedrock and driving force behind their “Campership” program. This program donates a portion of their proceeds to a fund for scholarships that get awarded to young kids and allocated to sending them to camp. The Marshall family sees the utmost of value in gaining these experiences with nature and believes the Campership program “can lead to a more enriching life and future”.

Jolly boy is also the first hat partnership with WORK + SHELTER, a nonprofit that focuses on teaching job-specific skills, to produce  a line of beanies called  “Hats that Help”  made by women in need in New Delhi.

Jolly Boy is equal parts enthusiasm for the outdoors, and commitment to making a difference.