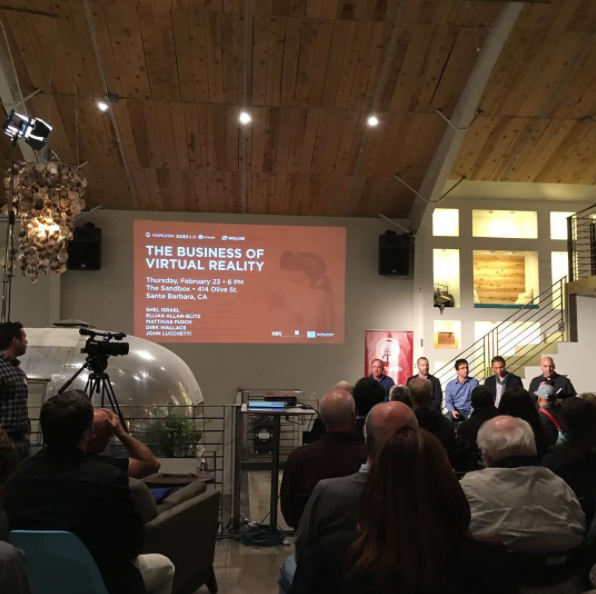 StartupSB and Oniracom collaborated last Friday night on an evening panel to discuss “The Business of Virtual Reality” with Industry Insiders. The panel was moderated by Oniracom’s own Vice President of Client Partnerships, John Lucchetti, who brought together an experienced panel that included experts in all facets of the Virtual Reality industry. The turnout was great as business professionals gathered to discuss the growing virtual reality industry and what it means for business.

The Sandbox Santa Barbara served as the venue for this special event. The space is a new co-working, collaborative workspace and event venue located in our neighborhood – The Lagoon District. The Sandbox is also home to the entrepreneurial and creative community of Santa Barbara and is run by StartupSB.

The panelists included Shel Israel, the author of “The Fourth Transformation” which tackles the future of technology as it relates to Virtual Reality and Augmented Reality. Israel talked about the cultural implications of Virtual Reality technology and how it will become part of our everyday lives.

Elijah Allan-Blitz represented the creative side of Virtual Reality with accolades that include winning awards for his work in Virtual Reality at CES (Consumer Electronics Show). One of his main points during the evening was the concept of VR being the ultimate empathy machine. A possible avenue toward broadening perspectives by allowing people to have experiences they otherwise wouldn’t have in their daily lives.

Matthias Pusch rounds out the panel as he contributed a VR developer’s perspective. He is the Co-Founder of the Santa Barbara-based WorldViz Virtual Reality company. He has 16 years of experience in VR engineering, marketing and sales. As someone who is on the frontlines of Virtual Reality development, his input focused on the capabilities of VR along with what’s currently being developed. 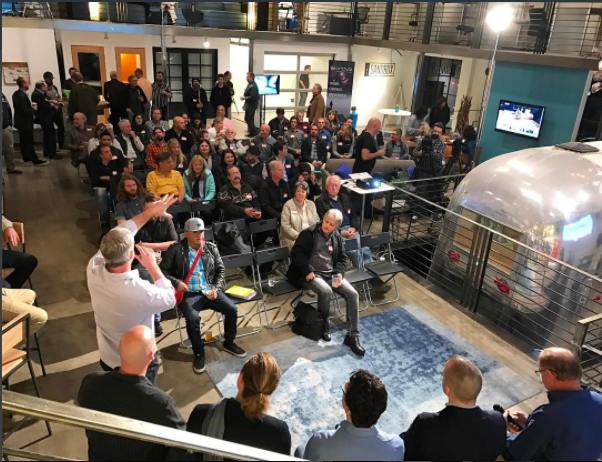 It was an informative night that also included a live Virtual Reality demonstration from WorldViz. The demo was a two-person setup that placed both participants in the same virtual space. The virtual space is a sandbox that allowed users to interact with virtual objects and paint on virtual surfaces. Another part of the experience WorldViz offered involved being dropped into a virtual hole to simulate the sensation of suddenly falling. The demo caps off a complete experience that not only granted attendees industry insider perspectives, but also hands-on Virtual Reality interaction. You could even say that the panel itself, was an empathy machine.