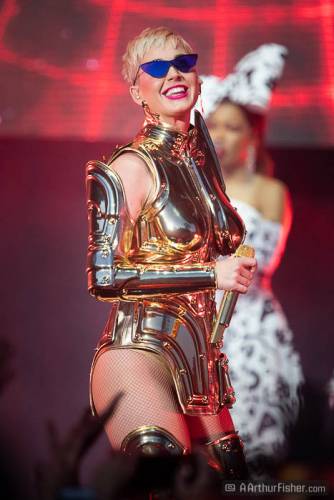 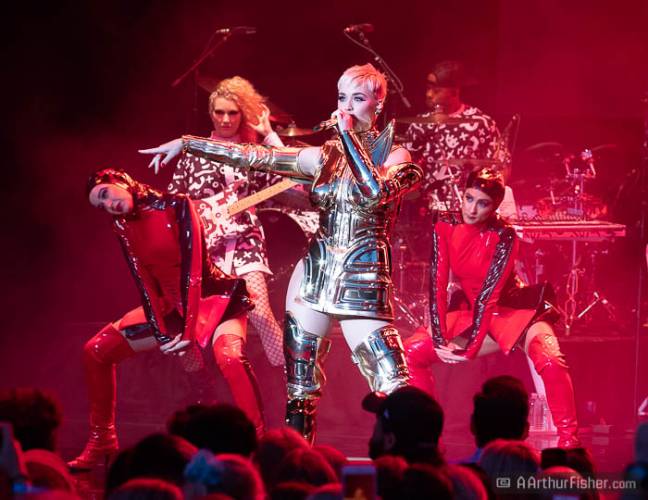 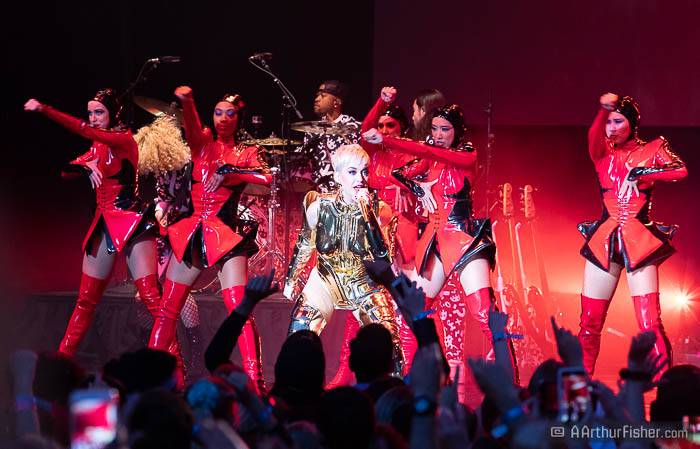 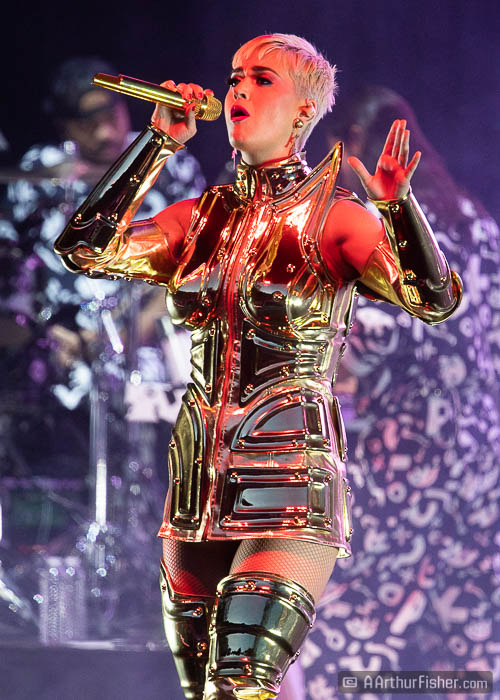 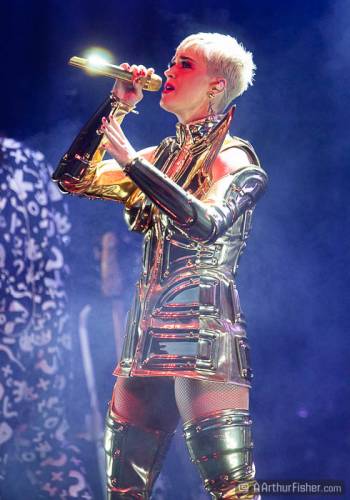 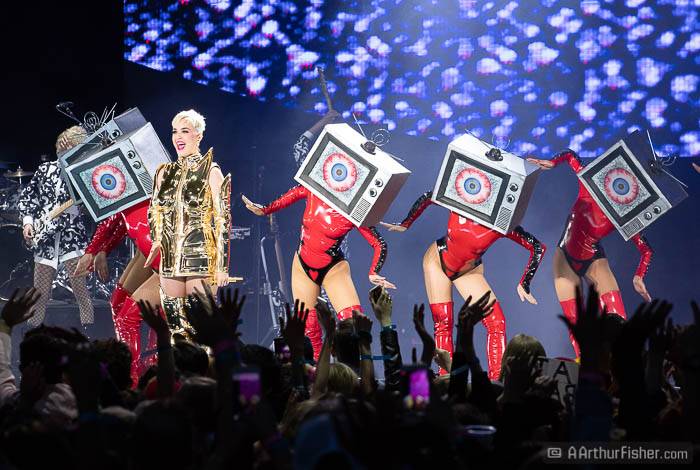 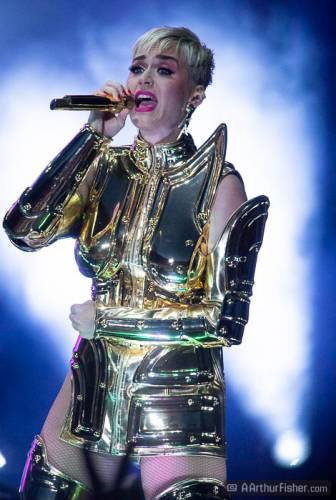 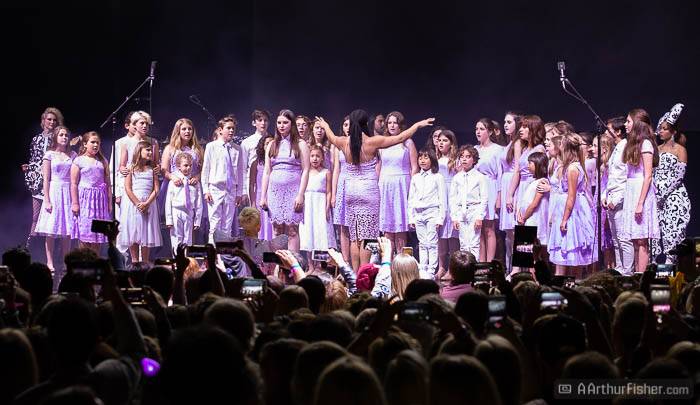 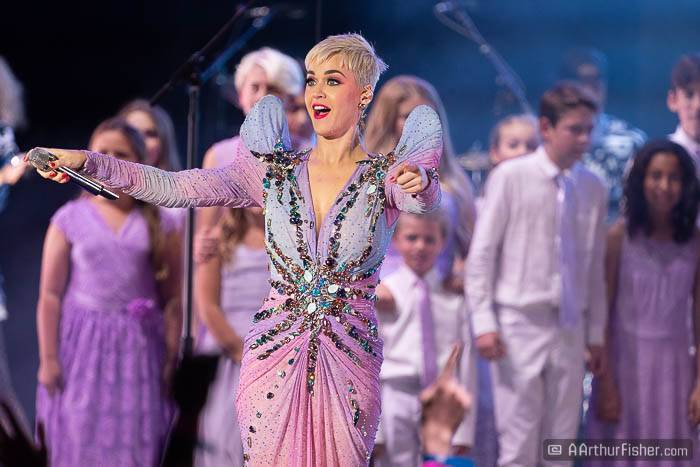 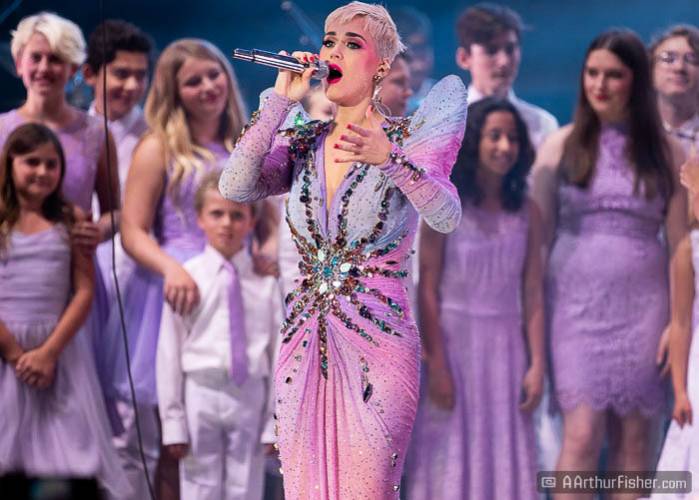 The Santa Barbara native returned home for a special concert dubbed, Witness: Coming Home – A Benefit For The Community: Our Neighbors, Our Heroes. The sold out-show will benefit charities that are assisting those impacted by the Thomas fire and the subsequent flooding and debris flow. Proceeds from the evening, which is being presented by Firework Foundation will support the Santa Barbara Foundation, 93108 Fund, Cold Spring School and 805UNDOCUFund.

“It’s about the spirit of the community and coming home and letting them know they have a friend in me, an ally in me and I’m their neighbor just like anyone else,” Perry said. “Real change starts right outside your doorstep.”

The Santa Barbara Bucket Brigade, a non-profit working to dig out, clean up and re-beautify Montecito from the the ground up, was also present at the show, and were thanked in a video tribute by Montecito resident-Oprah Winfrey honoring their tireless efforts.

“You know I still see them. It’s amazing driving around, I get to see them in their lines with their buckets,” Perry said. “I spoke with Oprah and she spoke specifically about The Bucket Brigade and how inspirational it was for her.”

All ticket sales were donated to the cause, including Perry’s cut.